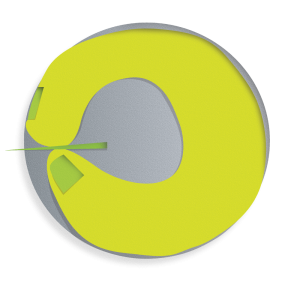 Acupuncture has been used successfully in the treatment of conditions ranging from musculoskeletal problems to nausea, migraine headache, anxiety, and insomnia and even chronic conditions like cancer, diabetes, stroke, etc.

Acupuncture is a treatment based on Chinese medicine — a system of healing that dates back thousands of years. At the core of Chinese medicine is the notion that a type of life force, or energy, known as Qi (pronounced “chi”) flows through energy pathways (meridians) in the body. Each meridian corresponds to one organ, or group of organs, that governs particular bodily functions. Achieving the proper flow of Qi is thought to create health and wellness. Qi maintains the dynamic balance of yin and yang, which are complementary opposites. According to Chinese medicine, everything in nature has both yin and yang. An imbalance of Qi (too much, too little, or blocked flow) causes disease. To restore balance to the Qi, an acupuncturist inserts needles at points along the meridians. These acupuncture points are places where the energy pathway is close to the surface of the skin.

Acupuncture gained attention in the United States after President Nixon visited China in 1972. Travelling with Nixon was New York Times reporter James Reston, who received acupuncture in China after undergoing an emergency appendectomy.

Reston was so impressed with the post-operative pain relief the procedure provided that he wrote about acupuncture upon returning to the United States.

In 1997, the U.S. National Institutes of Health (NIH) formally recognized acupuncture as a mainstream medicine healing option with a statement documenting the procedure’s safety and efficacy for treating a range of health conditions. While awareness of acupuncture is growing, many conventional physicians are still unfamiliar with both the theory and practice of acupuncture.

There are hundreds of clinical studies on the benefits of acupuncture. Many of these clinical studies are performed in China. Acupuncture has been used successfully in the treatment of conditions ranging from musculoskeletal problems (back pain, neck pain, and others) to nausea, migraine headache, anxiety, and insomnia and even chronic conditions like cancer, diabetes, stroke, etc.

A four-year research by Dr.Du Yuanhao with the Chinese Acupuncture Clinic Research Centre in north China’s Tianjin city has concluded that acupuncture can cure 461 diseases. According to Dr.Du’s findings, acupuncture treatment is mainly effective against diseases related to the nervous system, the digestive system, the genitourinary system, muscles, bones and skins, such as stroke, diarrhoea, enteritis, dementia and skin rashes.